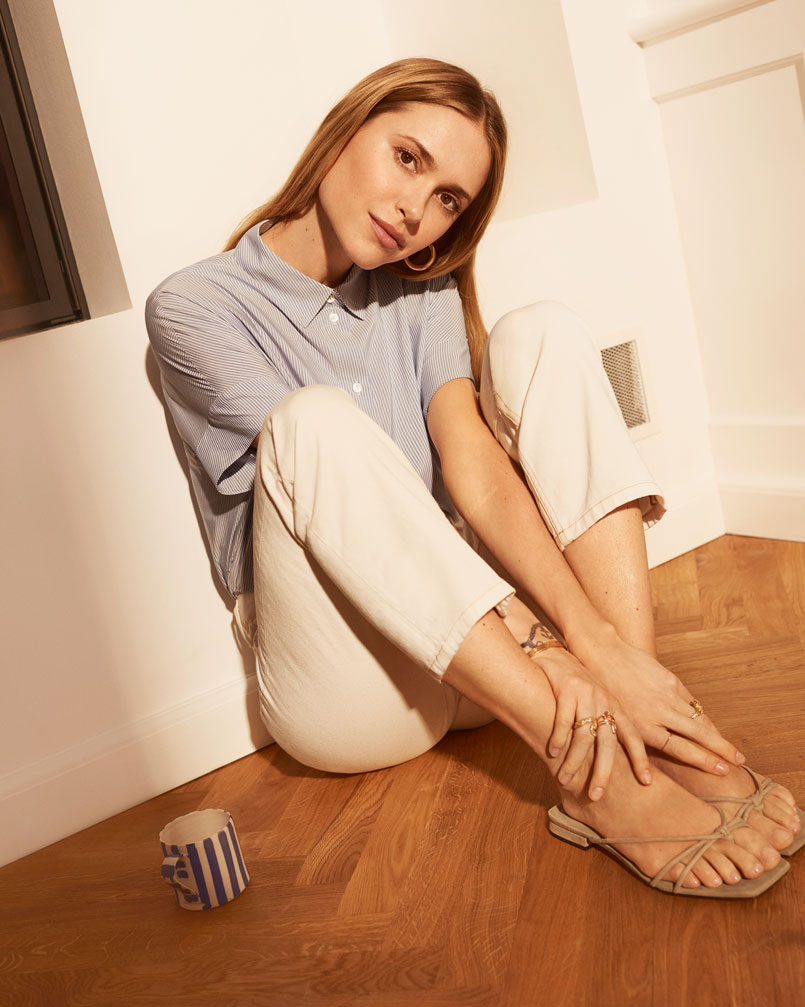 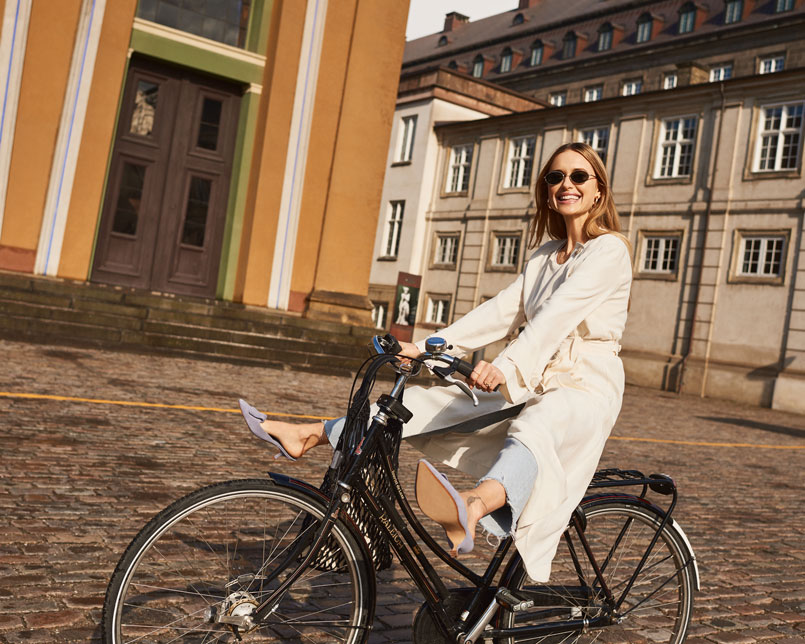 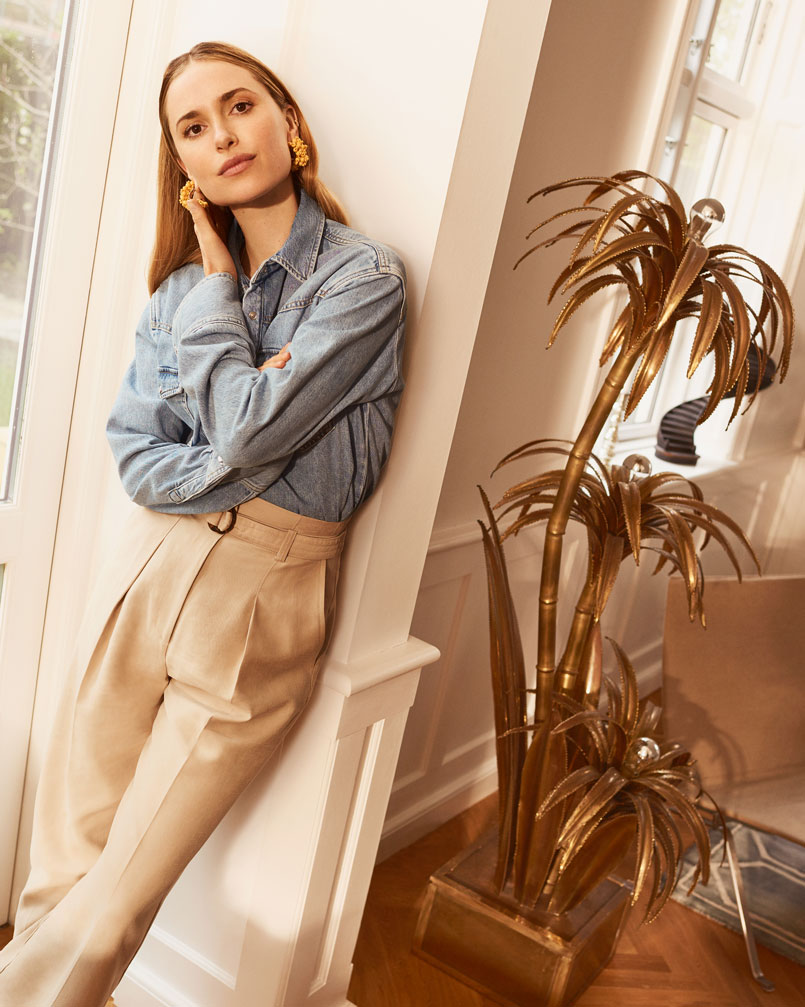 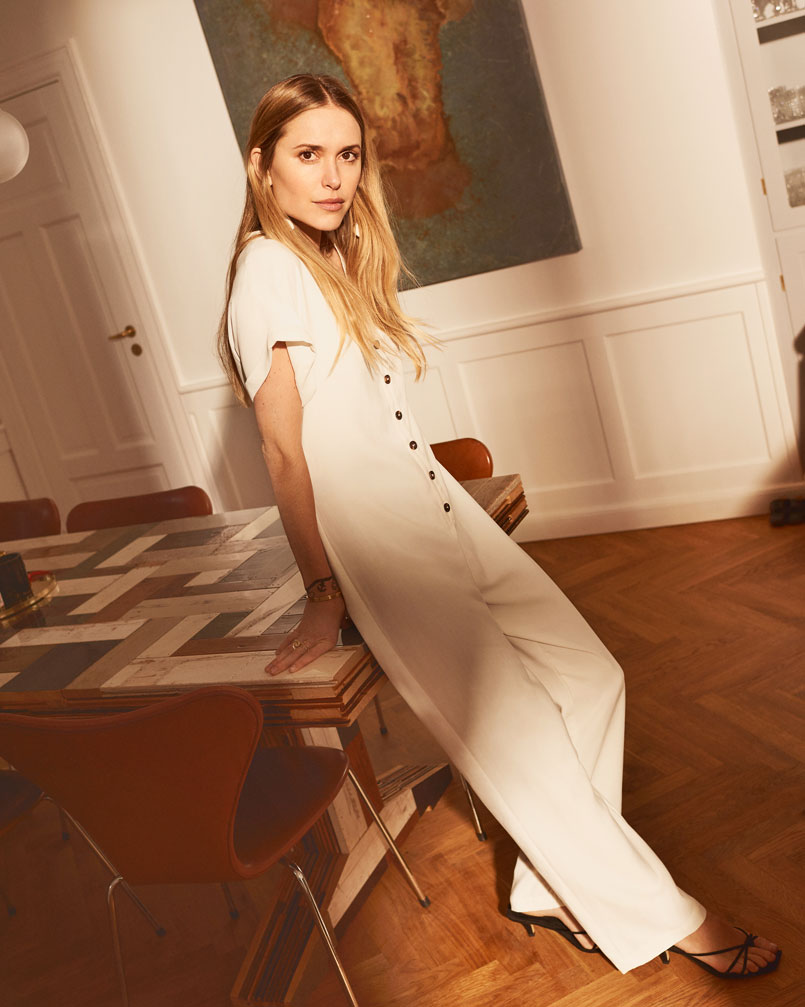 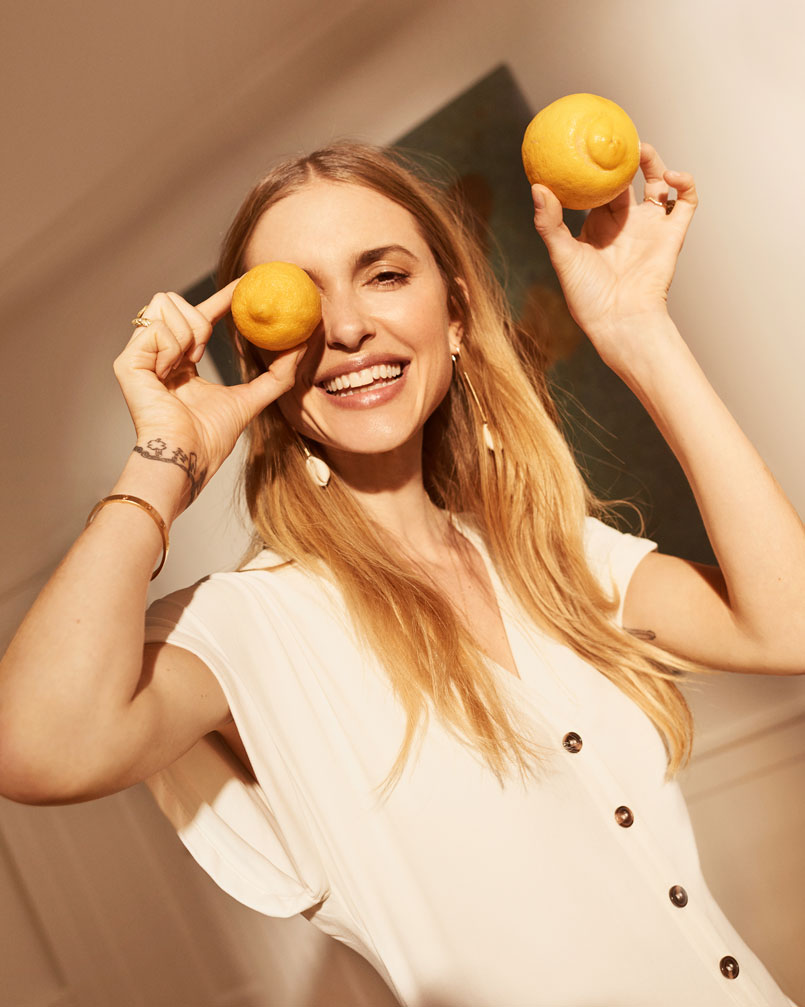 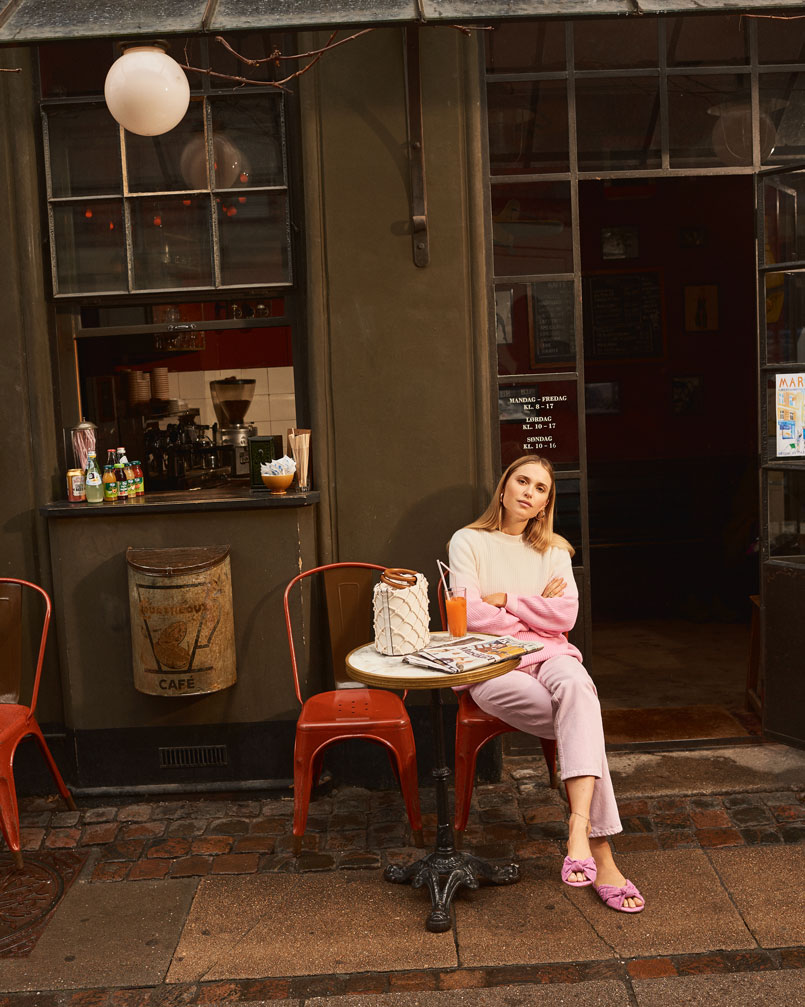 We spent a day with our Copenhagen based #mangogirl, to share her minimalistic and edgy world. Pernille discovered her passion for fashion as a child, searching inspiration in her grandmother’s wardrobe. It was after working as an editor in chief for a Danish magazine that she launched her own style-focused blog in 2012 in order to share her effortlessly cool Scandi style.

Sitting in an inherited Poul Kjærholm chair in a cozy room in Frederiksberg, a quiet residential area in Copenhagen, Pernille Teisbæk is talking passions. An evident one: chairs. She has always collected chairs (she even has a chair wishlist) and her last treat is a long-awaited Pierre Jeanneret’s chair, which is called “The office chair.”

Word-of-mouth, her favourite place on Earth is definitely her home: “a sanctuary of energy”, and the truth is, we’ve felt this energy since we arrived. Very clean and minimalistic, Pernille’s place can be described as hygge, the Danish definition of cozy.

No day is the same for Pernille Teisbæk, as her job requires traveling around the clock, working from hotel rooms, airplanes… so what she enjoys the most is that home-feeling by the end of the day.

She speaks of further passions. Always attending fashion weeks, Pernille enjoys meeting new people, hearing about their fashion inspiration and seeing art. When she is travelling she always tries to find time to visit art galleries, museums and shops where they have vintage furniture.

We wonder what a perfect day for our #mangogirl would be so we can’t help asking. Without hesitation, she would spend time by herself, finding inspiration in any situation of the day. After taking her son to the kindergarten, her first stop would be a local coffee spot and then she would bike to a museum, probably to Thorvaldsens Museum and just inhale all the creativity in it.

Noted for her Scandinavian style, she loves wearing classic, casual and comfortable pieces with a twist. That twist that makes it interesting, that creates a contrast. It’s clear, Pernille Teisbæk opens up a Scandinavian way of life as unique as you could imagine.