Once again, Liu Jo confirms that Dree Hemingway will be the ambassador of its Fall/Winter 2015 campaigns and once again will play the two sides of the brand, Liu Jo and Liu Jo Jeans. The great-grandchild of the famous writer, a supermodel and an actress, Dree is perfect in her role as the brand’s style ambassador: a sophisticated but natural beauty and a nonconformist, cosmopolitan spirit have made her the most popular IT girl of the time, from catwalks all over the world to the main fashion magazines. 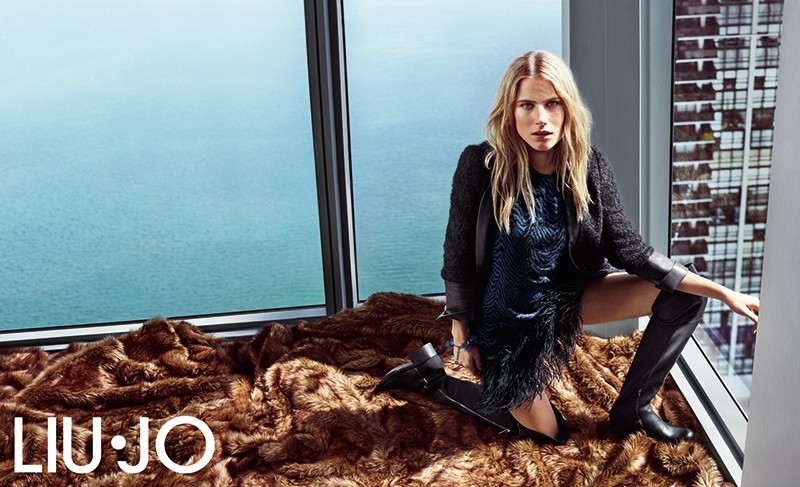 She will be portrayed by a new photographer, the Serbian Dusan Reljin, author of several major shoots, who successfully captured and emphasised the actress’ personality, casting her in a warm, cosy light with an unusual result, which looks even more glamorous. The stage for the shooting was a brightly lit, scenic Miami described from above through the large windows of a sophisticated suite with a view, for a really spectacular effect. 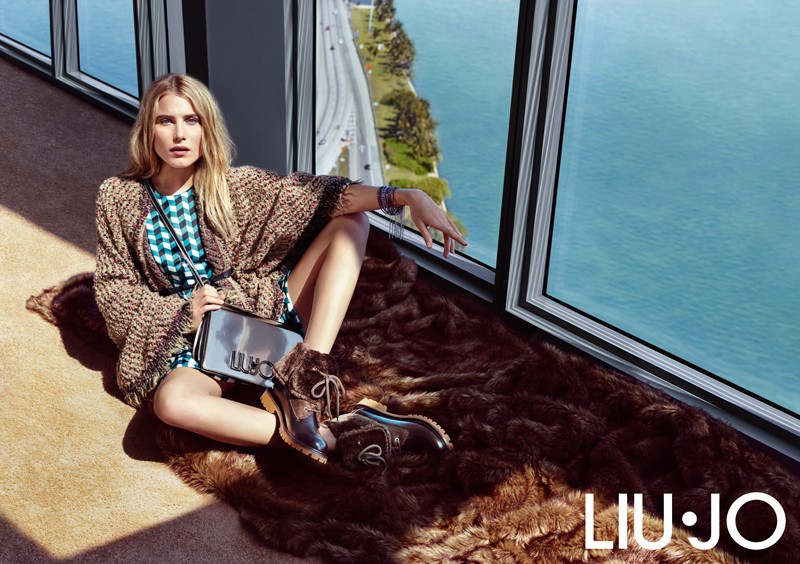 In the Liu Jo campaign, the atmosphere is intimate and relaxed. Miss Hemingway is portrayed as she floats in the sunlight filtering in from outside and making the most of her beauty and the colours of the collection. In the background, an unmistakable Miami, ultramodern and dynamic, that pops out of the windows and completes the skilful interplays of contrasting lights and unusual colours. 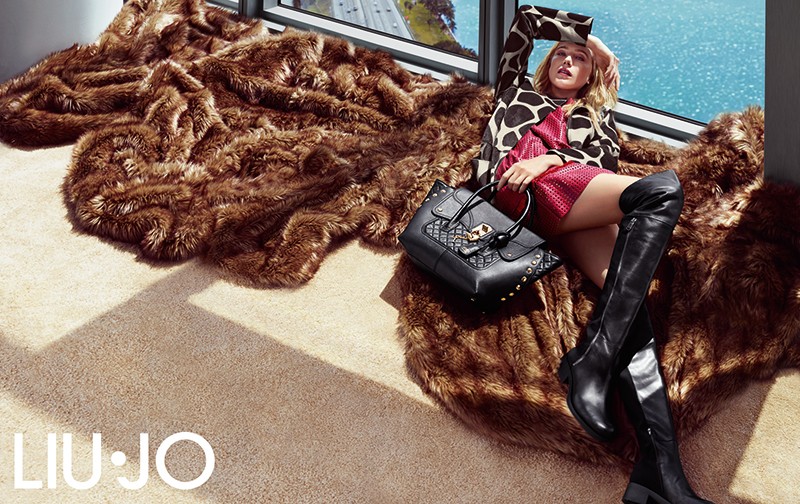 The stage of the Liu Jo Jeans collection then moved outdoors. We are on a scenic terrace, and Dree is with a group of girlfriends. They are framed by a beautiful sea and a deep light. The group is gathered on some elegant sofas and still looks relaxed and cheerful. She, the model and actress with a magnetic personality, is always the centre of attention.   As from this season, in the winter collection Liu Jo decided to place emphasis on a selection of denim pieces that tell about an important part of its DNA. So special photos were purposefully taken, also featuring Dree, but in a photographic studio, this time. The photos are black and white, and with his camera the famous Serbian photographer managed to bring out the cooler side of Liu Jo. About Dree   Dree Hemingway, 26, the great-granddaughter of Ernest Hemingway and the daughter of Mariel, Woody Allen’s muse in “Manhattan”, is now an international IT girl but she spent her childhood in the Sun Valley, close to nature and far from the spotlights. There’s not just a successful family in her carnet: Dree went to dancing school for 15 years before she revealed a talent for acting. In 2012, she won the Robert Altman Award for the film “Starlet” by Sean S. Baker; in 2013, she was in the cast of “X/Y” by Ryan Piers Williams, screened at the latest Tribeca Film Festival in April 2014. In 2014, she was in the cast of While We're Young with Ben Stiller and Naomi Watts, directed by Noah Baumbach, and in the cast of Listen Up Philip, a comedy by Alex Ross Perry.