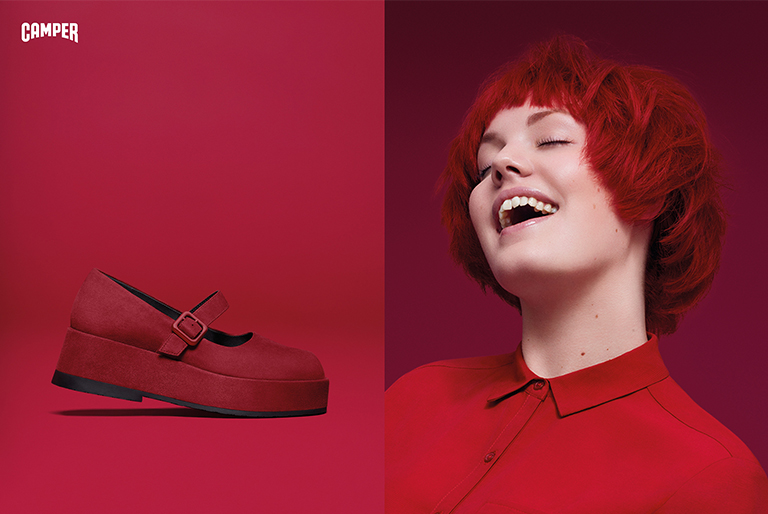 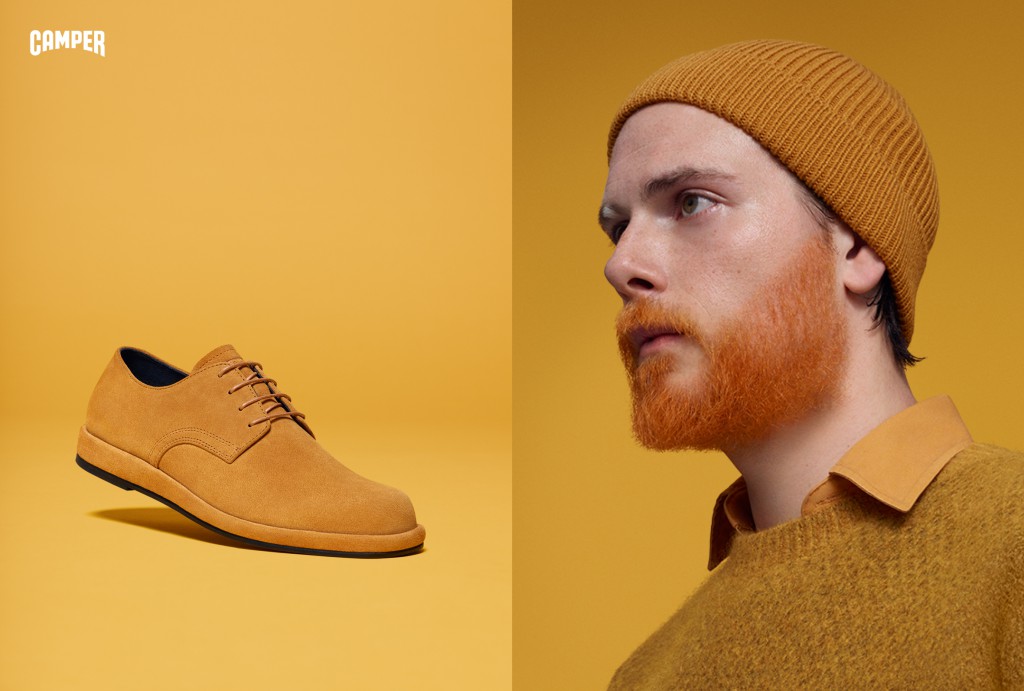 Creative Director Romain Kremer made a name for himself pushing the limits of men's fashion when it comes to innovation, a. the Autumn/Winter 2016 campaign for Camper continues to push the envelope. 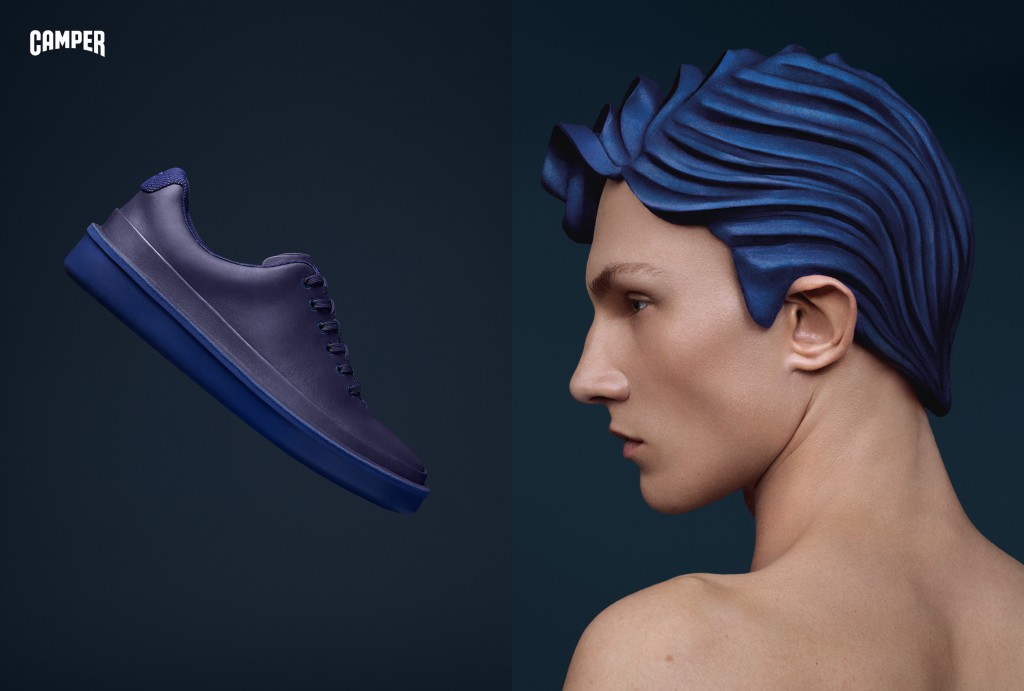 Shot in London with what has become Kremer's go to team including make-up artist Isamaya Ffrench and photographer Daniel Sannwald the campaign introduces 8 new faces to Camper's ever evolving cast of avatars. Proposed as 8 double image layouts of portrait vs product the campaign also includes a collection of lusciously saturated still lifes. Campaign material also includes 10-second videos for each avatar and a longer 1-minute video starring the entire cast. All videos are an exercise in digital morphing of gender and form. 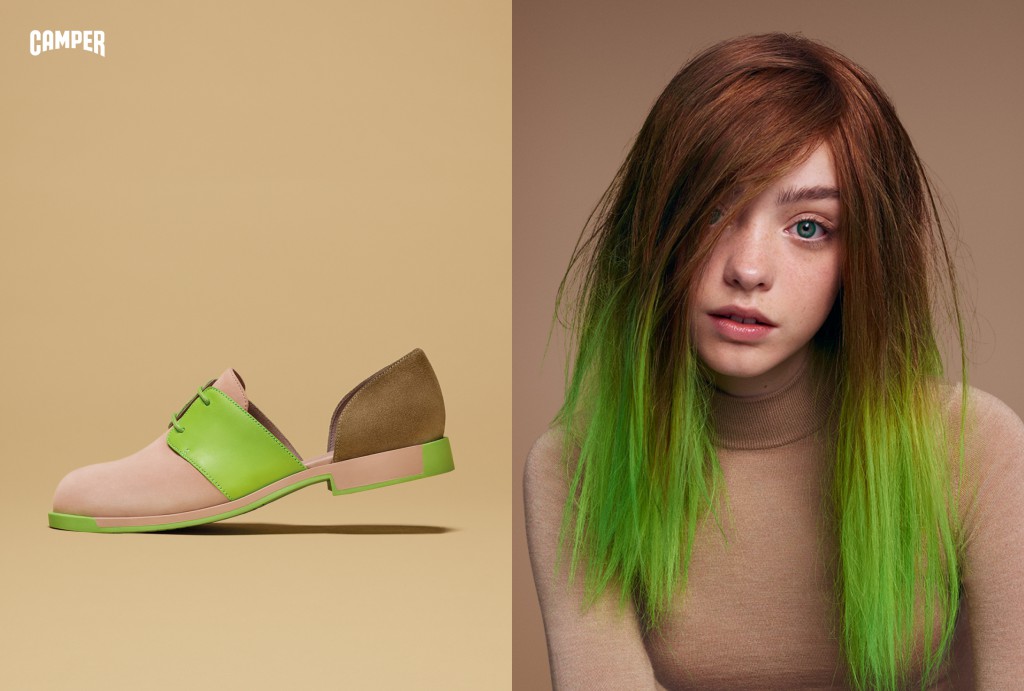 The AutumnNVinter collection was built around the idea of 'anachronisms' with contemporary takes around ancient ideas of lungs, armour and dmosaurs. The campaign includes collection standouts such as Wilma Extreme for women a. Rex Boot for men, which are some of the most provocative proposals to date. 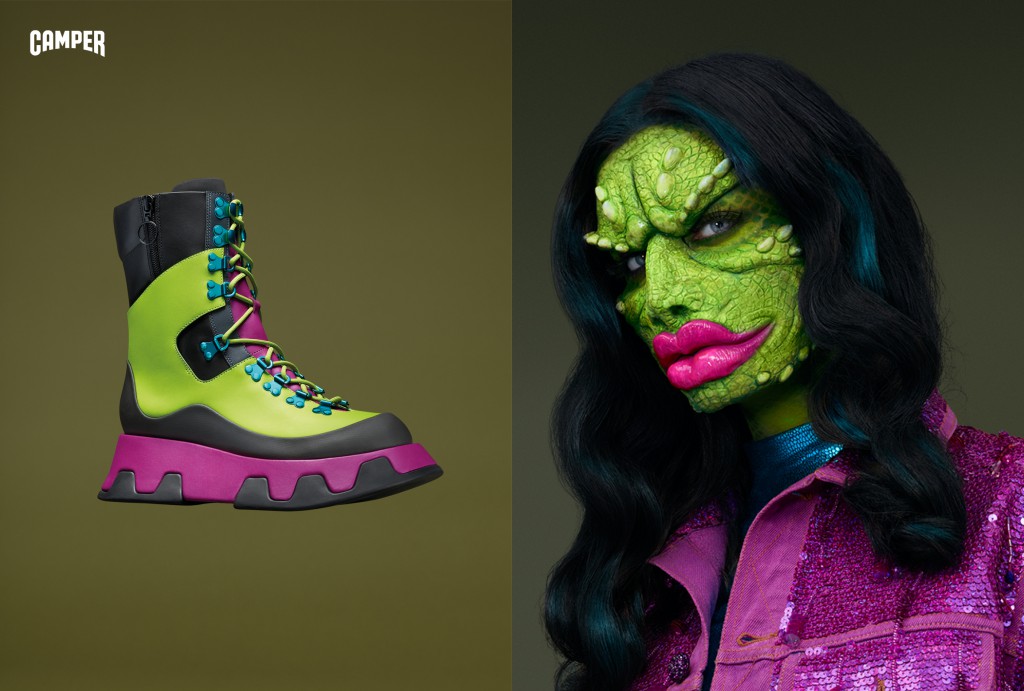 The Autumn/Winter 2016 Campaign images can be seen in a carefully curated selection of online and print publications with a guerrilla poster campaign hitting the streets in select cities worldwide. Campaign roll-out begins September 1st with the collection available in Camper shops worldwide to follow. 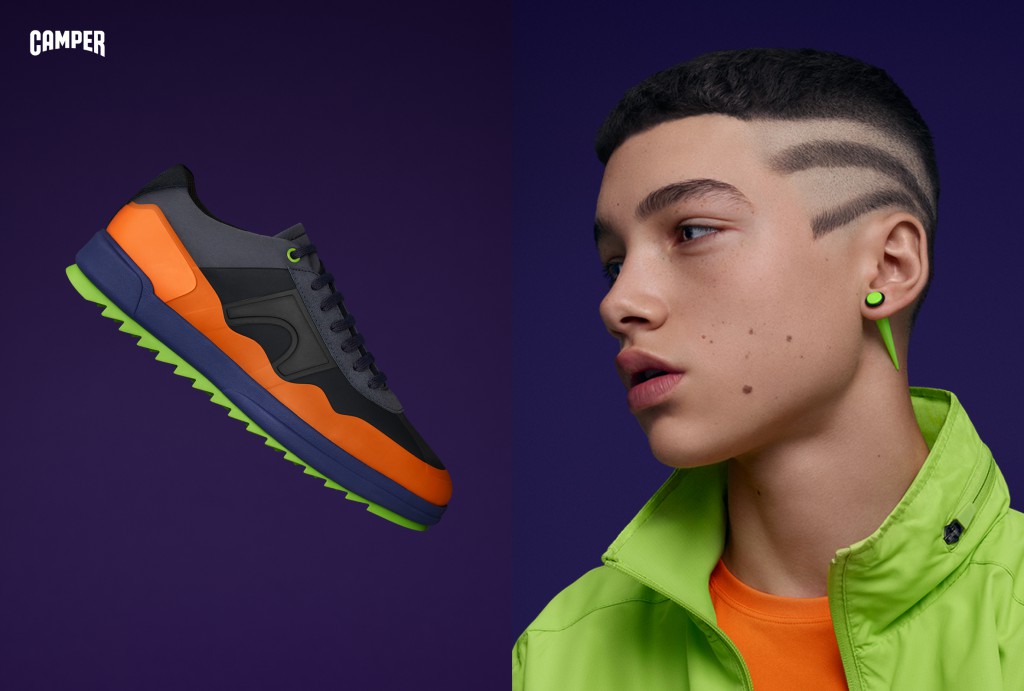 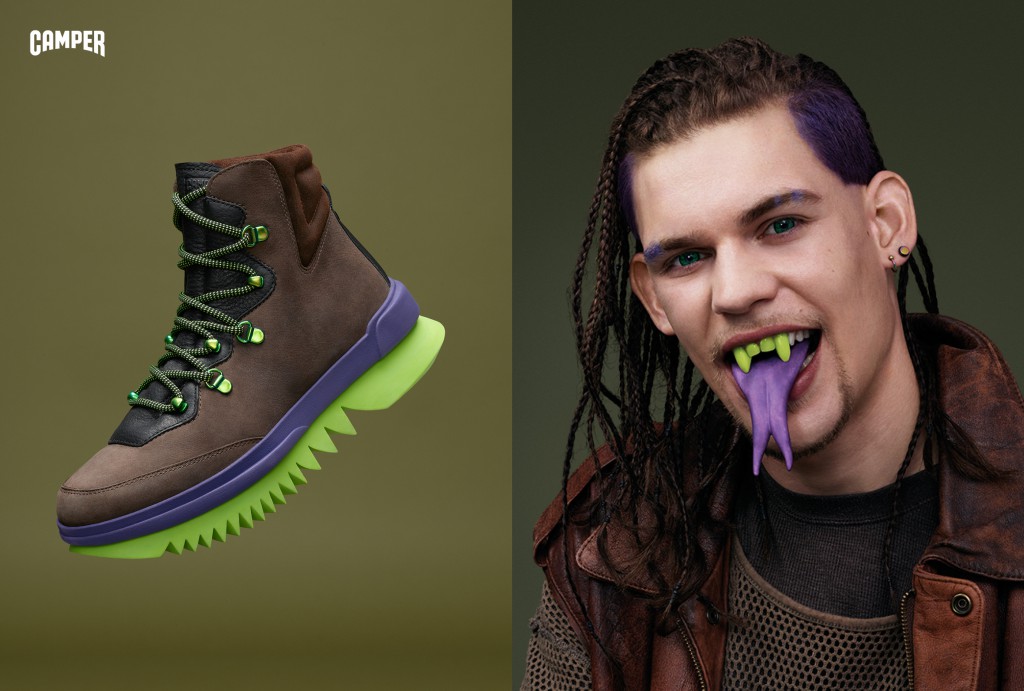